Occasionally the phone rings and a completely unexpected and welcome request comes through. On Friday, a man named Matt called, he was planning an outing for his auto club and had heard that The Little Kitchen served a good breakfast. Breakfast reservations are a challenge but when he told me that they would be arriving at 8am it was easy, plenty of room in the parking lot for 30 cars and seats in the dining room for what turned out to be 30 hungry men. 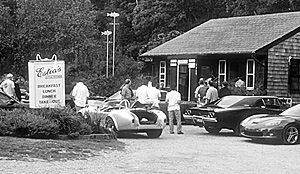 At exactly 8:01 the first car, an Aston Martin pulled in followed by a Lamborghini, 6 Porsche Turbos, 2 BMW’s (M5 & M6) there were Ford Shelby’s (427 cobra & 500GT) a Dodge Charger RT and a Dodge Dart, a Chevy Corvette….. the list goes on. I shot a roll of film and all the boys seemed happy with their breakfast. 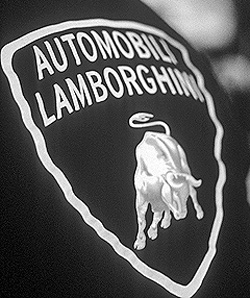 On the special list this morning we offered VEGETABLE ENCHILADAS with salsa verde and scrambled eggs. Breakfast, lunch or dinner, this dish always sells out and it was a great hit with the auto club group. We often add protein to the mix, such as a duck confit or poached shrimp, but the base recipe does not change.

My visit to Quail Hill on Saturday yielded a 2 quart harvest of Tomatillos and all of the ingredients involved in the preparation of this dish. Tomatillos are funny looking Mexican tomatoes with a thin husk, they should be harvested only when the fruit has filled the husk completely and the color has started to turn from bright green to light yellow.

Start by bringing enough water to boil that will host all of the tomatillos. After simmering for about five minutes, remove from heat and strain. Place the soft fruit in a blender and add all the rest of the ingredients one at a time as the blender runs.

Begin by bringing 1 quart of water to a rolling boil, salt and then add the potato for 3 min.
Strain and then shock in ice water. Combine all of the other ingredients in a hot frying pan with ¼ cup of vegetable oil, toss until the vegetable mixture begins to soft, season with salt and pepper the remove from heat and cool on a sheet pan with the potato.

15 minutes prior to service warm the salsa verde and then place corn tortillas into the salsa one at a time, turn and remove to a work surface were you can place 3 tablespoons full of the vegetable mixture on the tortilla and then roll. Place each cigar shaped enchilada in a baking dish and top with more salsa verde. Finish in a 350 degree oven for 10 minutes, plate the enchiladas and sprinkle with queso fresco, top with scrambles eggs, diced ripe tomatoes and a dusting of chopped cilantro leaves.