Last fall I was honored by Slow Food’s Long Island chapter with an award, The “Snail of Approval”. Slow Food is a relatively young organization, at least on Long Island, and I was aware of the work they were doing through my contact with Ted Conklin from the American Hotel in Sag Harbor. More Importantly I was at an event a few years ago at The Kontokosta Winery on the North Fork when my friend Gerry Hayden was honored with the first Long Island “Snail of Approval” recognition. 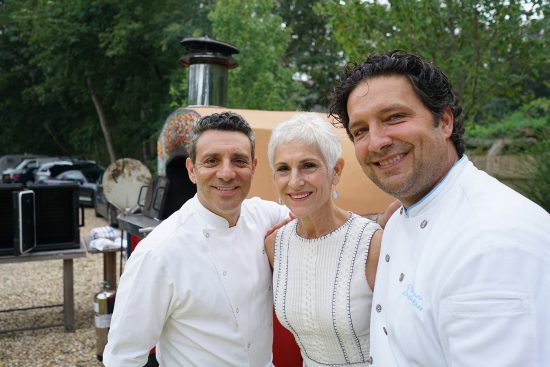 View all photos of this event in our Little Kitchen Gallery ! 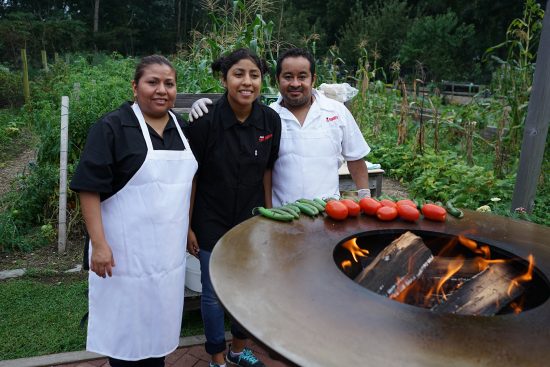 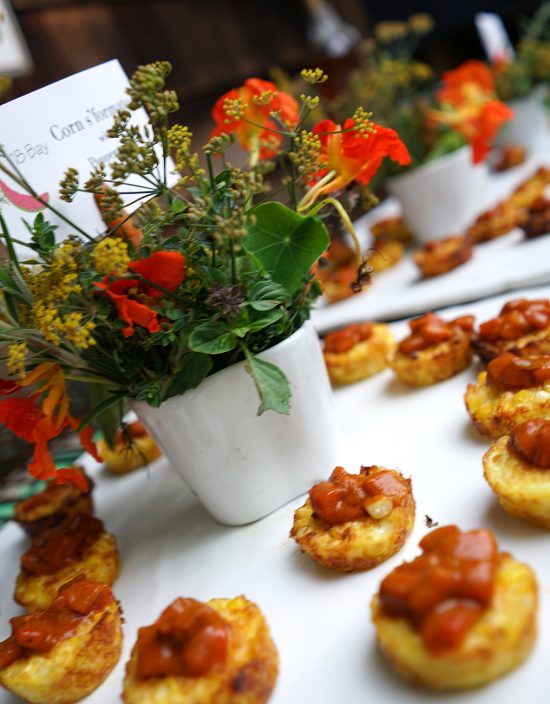 The “Snail of Approval” is given to professionals in the food world who have shown a dedication to providing wholesome, locally sourced, sustainable food to their communities. The organization made a good choice in starting out by recognizing Gerry because he
supported local farmers, fisherman, wineries and all who raise products for the table within a few miles of home with a passion. 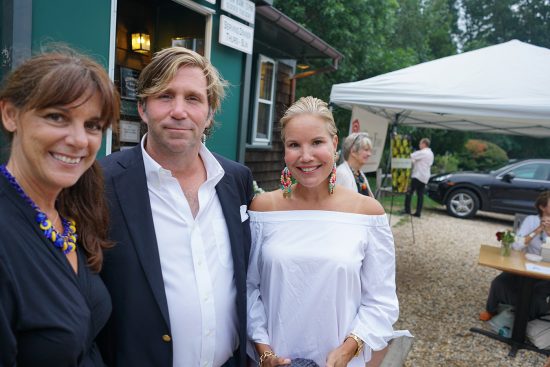 Knowing that Gerry had been an honoree gave me confidence in my decision to not only accept the award with pride, but use the award as a vehicle to help Slow Food raise awareness and generate donations through an event at Estia’s Little Kitchen. As the planning began in February, it became obvious that bringing Gerry into focus would be critical to the events success. 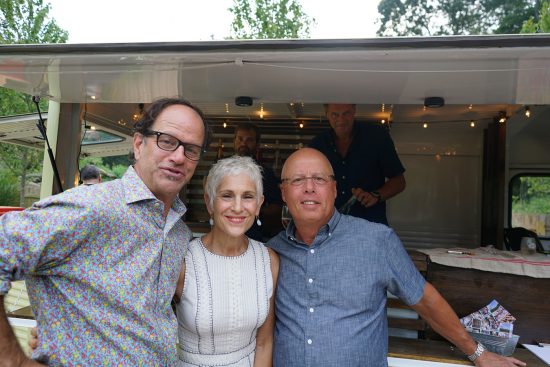 Unfortunately we lost our friend, Chef Gerry Hayden to ALS in September of 2015. He struggled with the disease for several years and worked gallantly as a chef and as an ambassador for ALS Ride for Life, the organization that provided him with guidance and support as his struggle with ALS went from daily to minute by minute. Gerry worked tirelessly to help this organization until his final days. 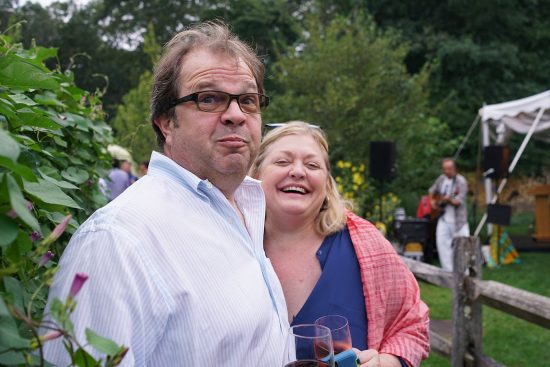 The event that I produced at Estia’s Little Kitchen last Saturday night, September 10, 2016 gave me an opportunity to honor Gerry as a friend but also as a leader in the 2 movements that were his passions. It was a special honor to have chefs Paul Del Favero, John Delucie, Jim Botsacos and Joe Realmuto at my side through the entire evening. These dedicated friends of Gerry’s stepped into my “Little Kitchen” and worked along side my staff to serve a soigné meal to 135 guests under a tent in Estia’s garden. 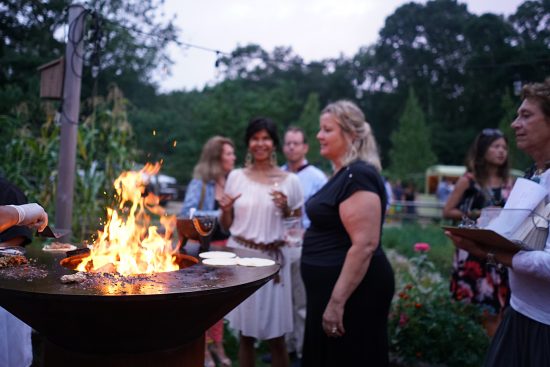 The event featured a wine auction organized by my friend Michael Cinque from Amagansett Wines & Spirits. Together Michael and I visited over 20 local vineyards and created a fun center piece for the Gala in the Garden that generated over $18,000 in auction bids that drove these donations directly into the ALS Ride for Life bank account on Saturday night in Gerry’s honor. 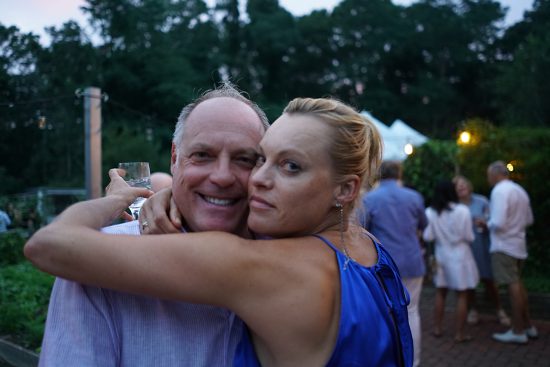 This great auction wouldn’t have been this successful without the help of Chef David Burke and all of Gerry’s chef friends who sent large format bottles to us from across the country to add to the auction catalogue. Like the other chefs involved, David reached out to the chefs who he and Gerry started with in the finest Manhattan restaurants in the 80’s. These men and women, now super stars, responded quickly and without question with impressive donations. 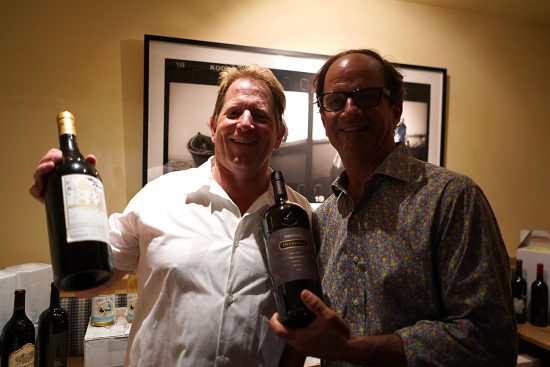 in the wine room with Michael Cinque

As the event date neared I was overwhelmed by the support we received, not only from the Slow Food board who made the organization and execution of rentals, parking, promotion and event execution easier for me, but from people who I didn’t even know. All offering to lend a hand, donate products and service and help to make our fundraiser a success. Several of the guests who didn’t end up as the highest bidder on wine items even wrote checks just to help build the final ALS Ride for Life donation. To say this event was a success is an honor. 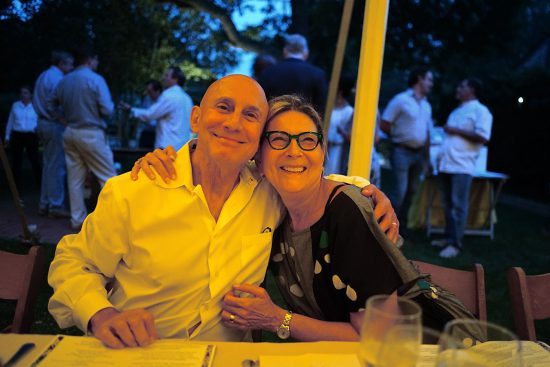 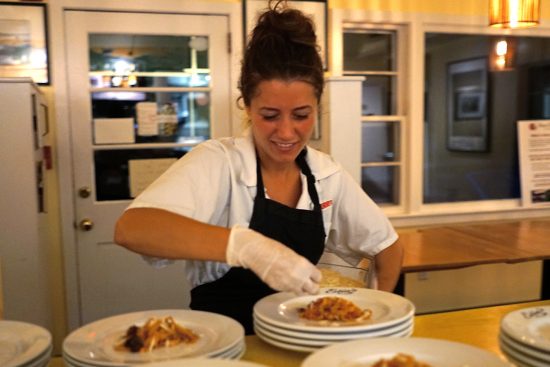 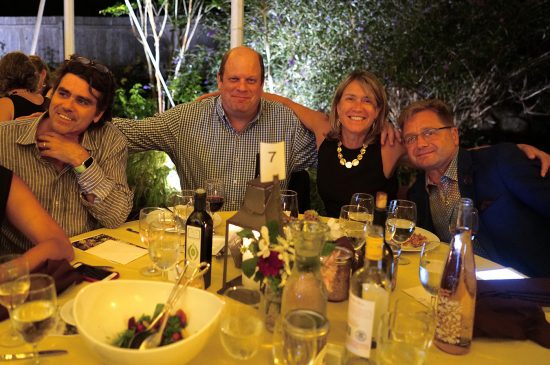 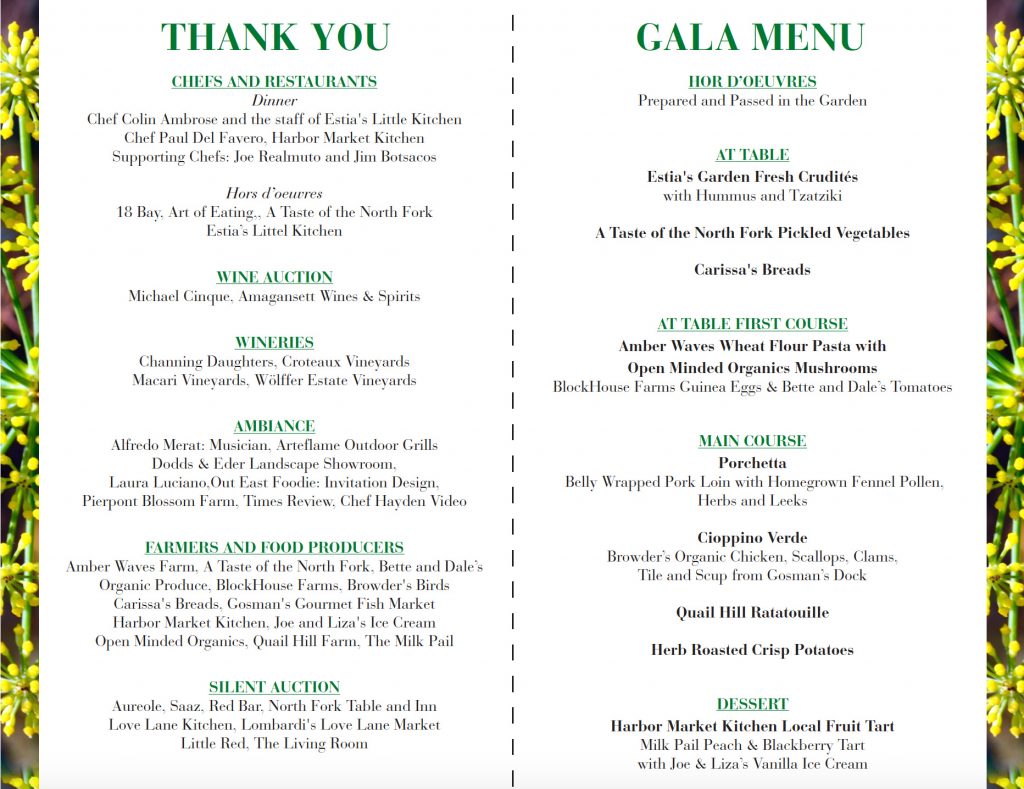 The Gala in the Garden list of Participants, Wine Auction Details and Menu

View all photos of this event in our Little Kitchen Gallery !