There is a wonderful Italian style butcher shop called Quattro’s.  It is on Route 44, just west of the Taconic Parkway in Pleasant Valley, New York.  I stopped by there last weekend on my way to my daughter Mansell’s high school graduation in Millbrook, New York.  I had heard about the stop from the school’s headmaster, Drew Casertano, and was intrigued to visit. It pays to follow the headmaster’s suggestions in many areas.  Quattro’s is extraordinary.

Upon entering the store, I was immediately interested.  The first thing that caught my eye was a basket of pheasant eggs.  Then I noticed the cipollini onions next to the freshly baked bread followed by a row of Italian olive oils and balsamic vinegars.  In the back of the shop, the butcher display gleamed with offerings from the family farm.  There was a case filled with farm-raised, hormone-free meats and sausages.  Behind that, a large display of charcuterie featuring sopresata, duck sausage, and cajun-style pheasant sausage among many other delectables.

As my mother and I spoke with the proprietress, we learned about her approach to cipollini.  When she has the family visiting, one of her favorite plan-ahead offerings is a plate of onions, poached in olive oil and balsamic vinegar.  She suggested boiling the cipollini in water for 4 minutes, then remove them allowing them to cool.  Next, peel the outer skin, place them in a saucepan with olive oil and simmer for 5 minutes.  Add balsamic vinegar to the saucepan and allow the onions to simmer for an hour.  Remove the onions, drain and serve with toothpicks.

The approach we have taken at Estia’s American for this week’s special called Quattro’s Salad is similar.
We increased the proprietress’ quantities a bit and found that the remaining liquid makes a fabulous dressing for spicy greens, lettuce and kale from my garden.  The salad also calls for Quattro’s pheasant eggs poached and placed on a baguette toast and four slices of the cajun pheasant sausage quickly grilled on the flat top. 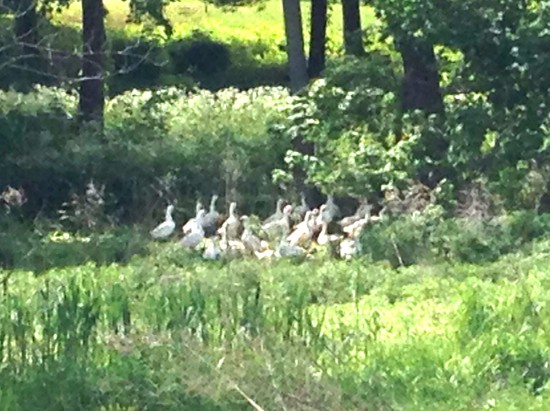 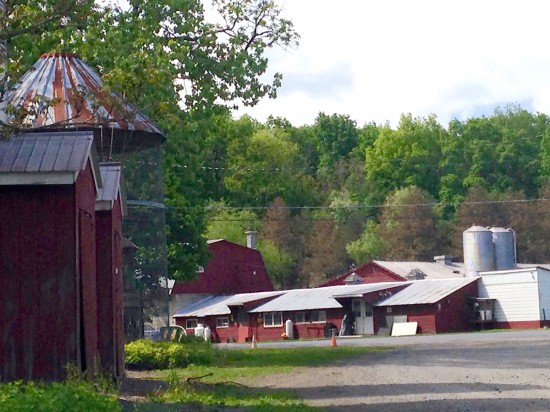 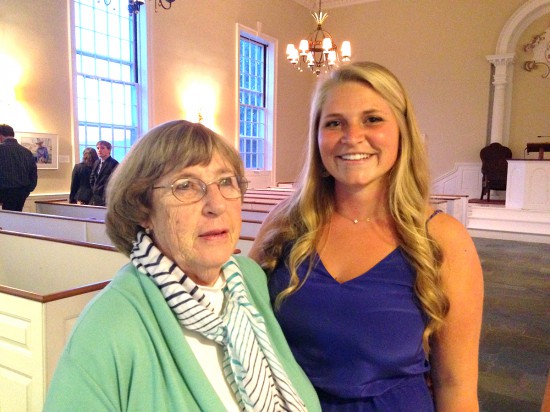 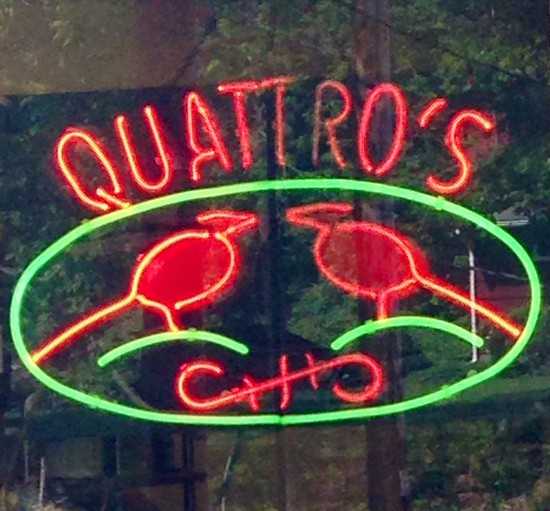