Holiday Quiche from a Catamaran’s Galley

Yesterday was our first day on the “rafts”… floating vacation homes comprised of two 42-foot Catamarans. We are currently on Nonsuch Bay off the island of Antigua in the Caribbean. It is a two-family outing. The Briggs family from Sag Harbor has three daughters the same ages as ours: 22, 19 and 16 years-old. There are ten passengers in all with the kids on one boat and the parents on the other.

This dish was created in an effort to provide an easy breakfast for all of us, served warm for the early risers but also accessible for those who returned to the raft at 3 a.m. Sixteen-year-olds Madeline and Whittier prepared the crust yesterday.

I gave them a pound of all-purpose flour, ½-pound of cold margarine and 1/3-cup of cold milk. Twenty minutes later they returned from their galley with two large piecrust balls wrapped in plastic film. The balls were stored in the refrigerator overnight and one was put to use this morning. Using an Antiguan Cavalier rum bottle as our pie pin, we thinly rolled the dough out after it sat on the counter for about twenty minutes. We had already dusted it with a few handfuls of flour.

Our goal was to create a quiche using ingredients that were already on the boat. Since the cheeses had been purchased for cocktail hour, I didn’t want to use an entire one. So instead, I pinched a ¼-pound each off of three varieties. Earlier in the day, I had visited our friend Fred Stelle’s garden at Mill Reef and he had given me basil and a serrano chili which we used. We also had other items in the refrigerator that seemed natural. One thing I did not use was onions; our captain Geoffrey Briggs is not a fan. 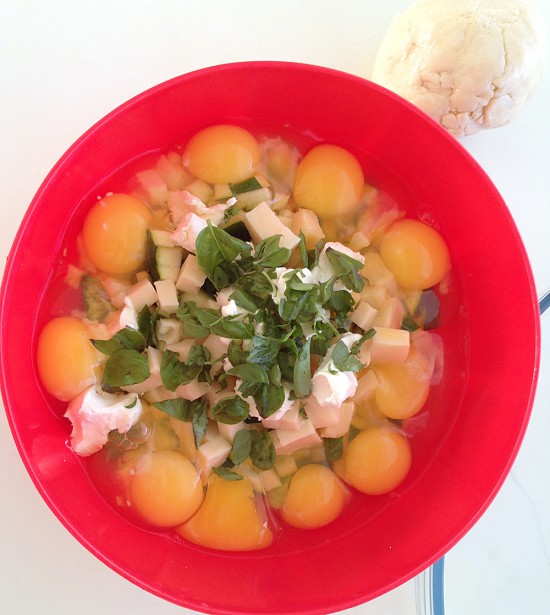 Start by placing all ingredients on the counter and allow them to reach room temperature (about thirty minutes). Then dice the ingredients and combine them in a bowl, mixing with a fork, along with the eggs and the Half & Half. 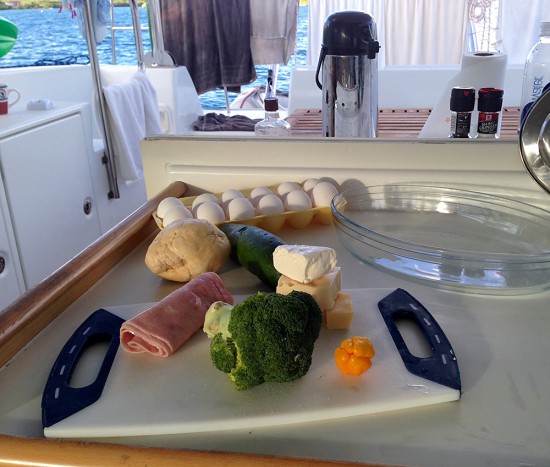 Thinly roll the piecrust and place it in the bottom of a 12-inch oval baking dish. Roll excess crust on the edge. Then place the baking dish in a 350° F oven for 10 minutes. Once the crust begins to take on a slightly brown color, remove it from the oven and fill it with the mixed quiche product. Place the quiche in the oven and bake for 45 minutes to an hour. Check with a skewer or tooth pick; if it comes out of the center dry and clean, the quiche is ready to serve. 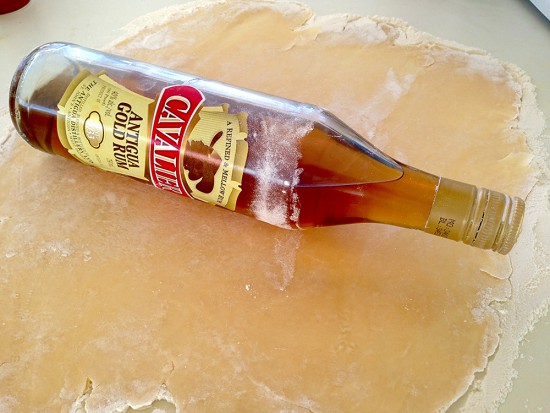 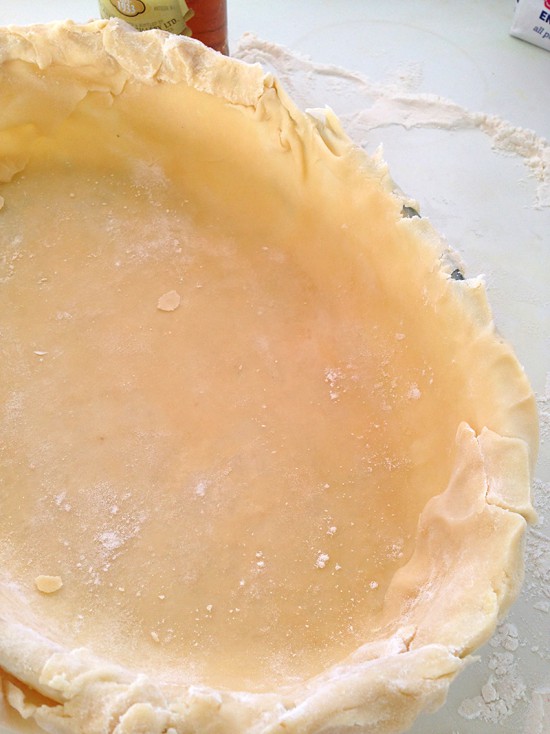 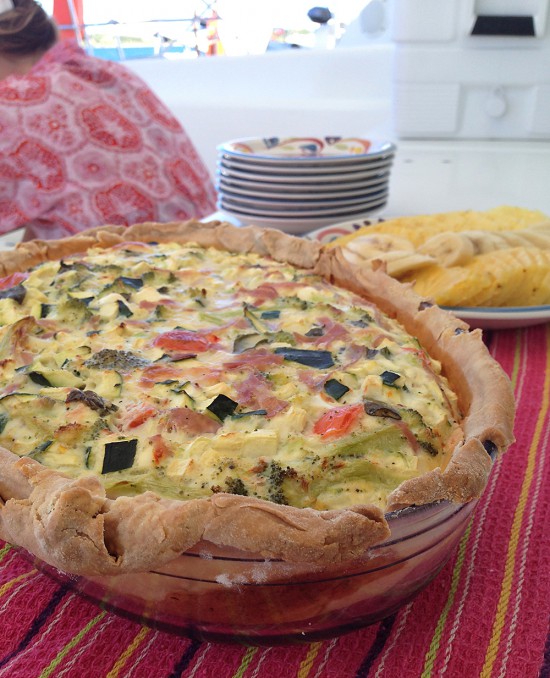