In June of 2015 I was in the audience at the Food Lab’s first general session, topics included marketing in the new food media, designing flavor forward healthy snacks and getting them to market, as well as a host of other relevant food forward thinking. 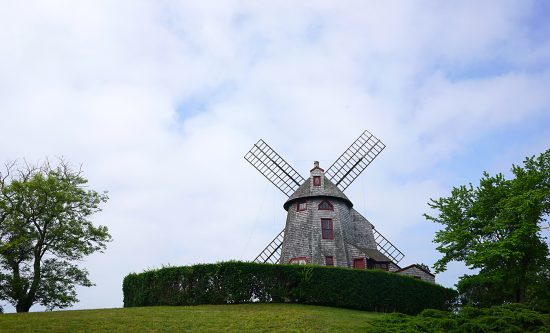 This years perspective of the Food Lab provided a different vantage point. While my assistant Kat Savoia and I were on campus for the first 2 full days of the event, we didn’t attend a single seminar but we did get an energizing educational experience on how to execute dinner service for 202 people utilizing a bag of tricks that I’ve been storing for years.

The menu was extensive because I felt it was important to consider a broad range of diets in the audience. While some would eat everything, others would have specific diets encouraging grains, or raw vegetables. 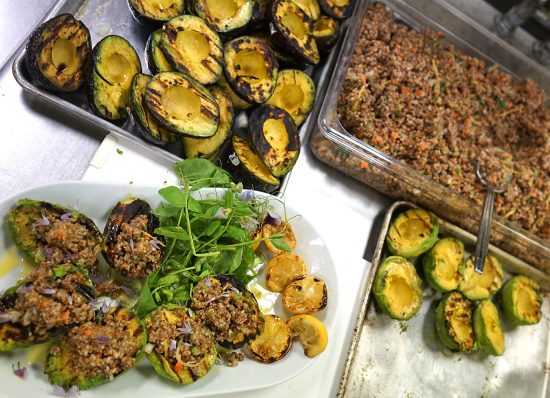 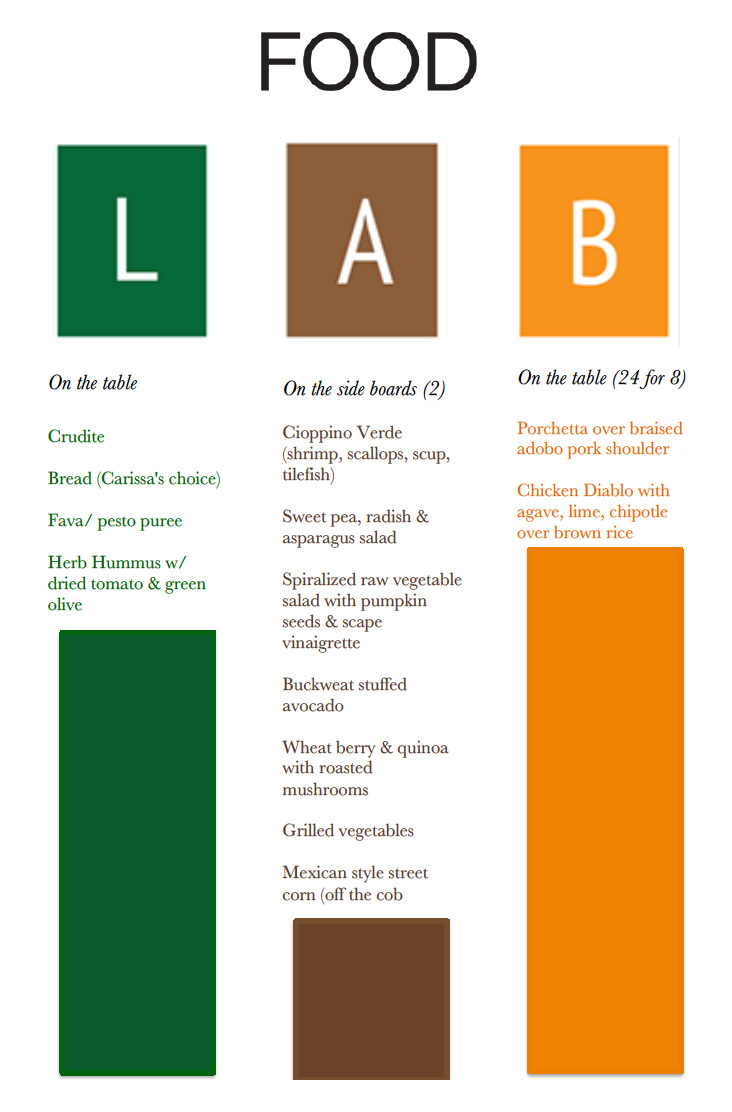 Ideas such as grilled avocados filled with buckwheat, lemon and herbs seemed to fit the bill for the adventurous, while a straight forward spring salad of locally harvested greens from Balsam farm with sweet peas, radish slices and asparagus was included to satisfy the mainstream. All of the items listed on the menu were prep intensive and involved a schedule that took 2 full days to execute, in the end, for 2 fast an exciting hours—with a team of 6—Kat and I took what we had conceived on paper and sent it out on platters with the help of event coordinator supreme John Kowalenco and his Art of Eating floor staff. 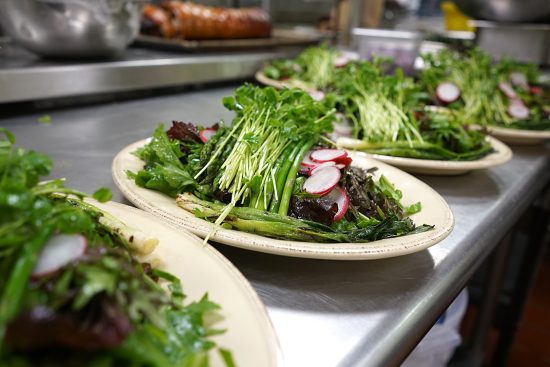 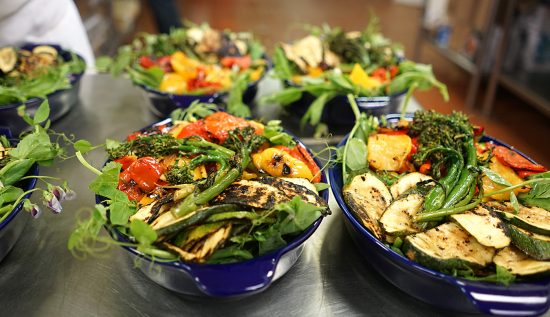 My favorite dish of the evening was an Amber Waves Farm wheat berry and brown rice pilaf that we topped with roasted shitake mushrooms. The wheat berries were lightly steamed in water and olive oil for 30 minutes on day one. After turning off the heat and allowing the wheat berries to sit covered for an hour, they were transferred to a shallow pan and placed in the fridge over night. 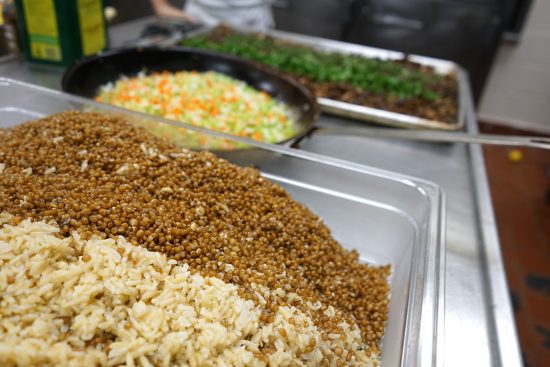 On day 2, first step was to stem and dice the shiitake mushrooms and toss them with olive oil and mushroom soy (just enough to coat them), place on a sheet pan and roast in a very hot 485°F degree oven for 10 minutes, then stir and roast again for 10 more minutes.
As the mushrooms were roasting I steamed the same amount of brown rice as I’d used in the wheat berry batch the day before. About 3/4 of the way through cooking the rice (20 minutes at a simmer) I added the cooked wheat berries at room temperature and recovered the pot, not stirring. The heat was low and I gave the pot another 20 minutes and then turned the heat off and allowed the pilaf to rest. Meanwhile, one of the cooks chopped several cups of oregano and parsley which was added to the mushrooms. 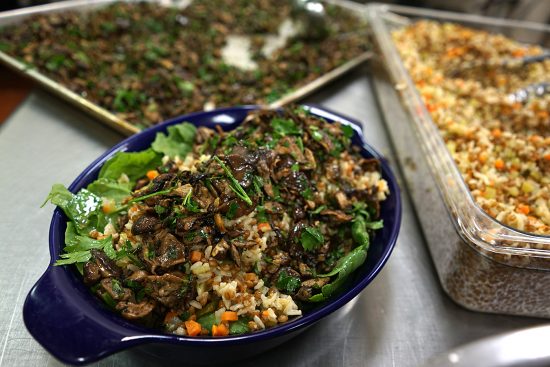 Next step was to bring a pan full of mirpoix to heat with olive oil in the same hot oven for 10 minutes, once it was softened it was stirred into the pilaf. In a large tray the pilaf was allowed to cool and it was seasoned with salt and pepper. An hour later, as service began, we plated the pilaf on a bed of spinach and topped each platter with several spoonfuls of roasted mushrooms. 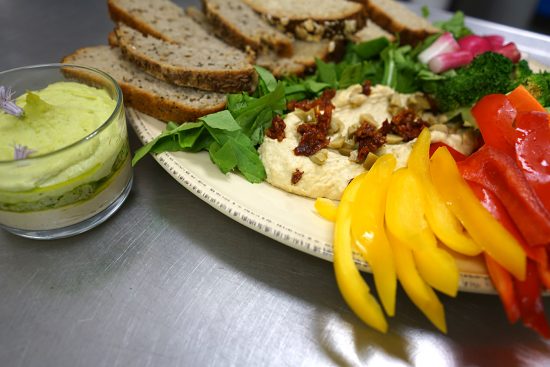 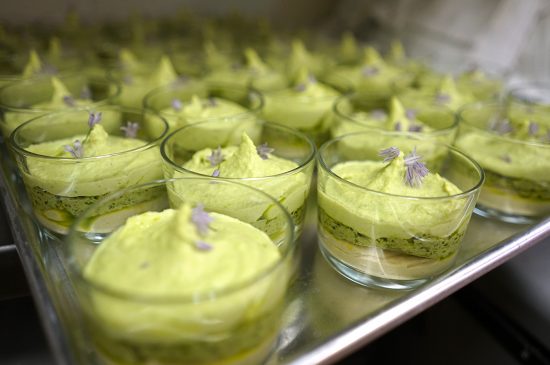 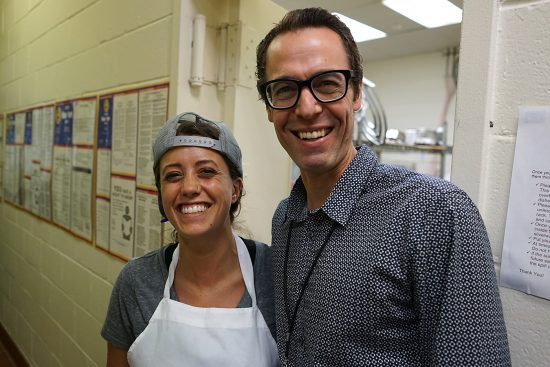 Cooking for large groups in a single seating is a chore for a chef who is used to menu service focusing on tables of 4 and 6 at a time. In the restaurant I have the advantage of working with a standard par on each dishes inventory where I can gage how many plates of each dish will sell over the course of 2 or 3 days. In the catering world it’s not so simple, everyone sits and eats at once and you can never be sure which dish is going to be the one that everyone loves. Honored to have a chance to roll in the big kitchen at Southampton college I was amazed at how fast it all goes down once service begins and proud of Kat and the rest of the team for pulling it all off. Especially pleased to report that John was happy with the timing and execution that came from my kitchen and thrilled to have another catering super star Janet O’Brien come into the kitchen to visit with compliments on the colors, flavors and execution of the dished she enjoyed. 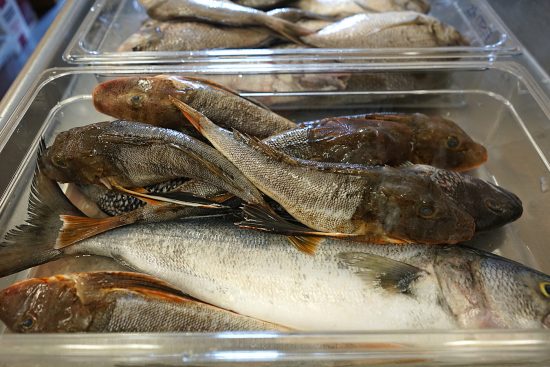 In the end, on reflection I’m happy to say that my restaurant kitchens are the place for me. Catering is a special art and it should be left to those who can handle the high stakes and emotional roller coaster that the catering business represents. Occasionally putting my toe in this river is fine but I’ll stick to service in my own kitchens as my rule of thumb.

Next year, I’ll look forward to joining the Food Lab audience once again and learning new things from other peoples reflections on their experience in the food world. 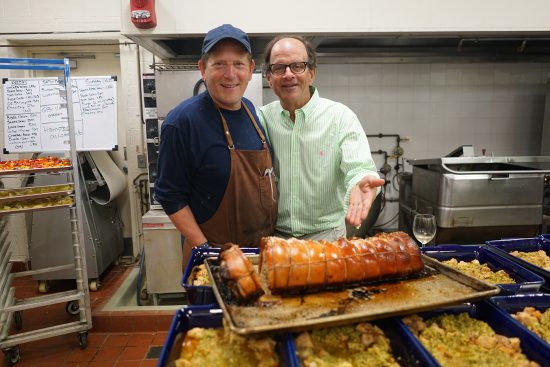