We had a regular visitor at Estia in Amagansett during the summer of 1996. A cookbook author named Anna Teresa Callen, she was born in the Italian Mountains. In the Abruzzo region where she lived, hearty pastas are the choice for most of the year.  Anna was the most enthusiastic and animated guest at my tables. She appreciated our pastas. I quickly learned that this was more than a little Italian lady visiting my cafe and persuading her friends to come, too. Anna was “The Pasta Lady” for many. She knew a good deal more about cooking and, more specifically, Italian food than I did. She was an acclaimed cookbook author (Anna Teresa Callen’s Menus for Pasta) and a cooking teacher. That summer, I took her class located in a cottage that she and her husband Harold had rented in Amagansett. Her enthusiasm for the subject of the day – Bolognese – literally blew the windows open in her kitchen, a room which seemed to fill half of the house. I loved the class and took her suggestions to heart. I can close my eyes and clearly recall my little Italian friend declaring, “Salt the pasta water, not the sauce.” Now I never season the sauce with salt.

I started featuring this recipe on my menus that September. I chose to replace the more common Bolognese ingredients of pork sausage and ground beef with a fresh chicken sausage. The recipe has been a favorite with our fresh pasta as well as with penne or other broad cuts such as the sliced lasagna sheets I used for my dinner party last night.

I’m proud to report that it was Anna Teresa Callen who first invited me to cook at the James Beard House. It was a fabulous luncheon. I was thrilled to have two great chefs, my pals Gerry Hayden and Dennis MacNeil, supporting me that day.

It saddened me to learn that Anna passed away in July of 2012 while in her home in the Italian mountains. She was a breath of fresh air every time I saw her. She was often happy to report that she had “been stealing basil and herbs from your kitchen garden every time I come to Amagansett.” She would always thank me with a big kiss on the cheek.

Chicken Bolognese for 10 (with enough for leftovers)

Chop the chicken breast into pieces and place half in the food processor. Add half of the oregano. Chop the sundried tomatoes and also add half of them. Pulse the blades until it starts to break up but stop before it becomes too smooth. Then remove and repeat with the rest of the ingredients. (If you only need to make dinner for four, just this first process should be enough. You can cut the rest of the ingredients in half, too). 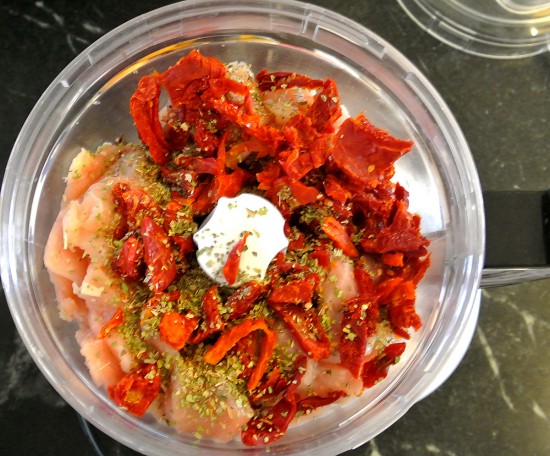 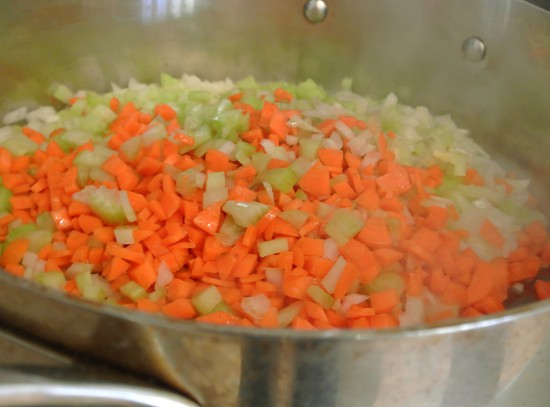 Add the wet ingredients and stir occasionally for an hour over low heat. Use a flat-bottomed spatula to break the sausage into smaller pieces on the bottom of the pan as you stir. When the sauce has cooked down, place a pot of hot water on the stovetop over a high flame. Once it boils, season with salt (add a little more than you think you need). When the pasta (1½ boxes of whatever you choose or 2-pounds of fresh fettuccine) has been added to the pot, remember to cover it. Taste one minute prior to the time suggested on the package and if ready, drain and add to the sauce.

Garnish with 1 cup of chopped fresh parsley, stir and serve with salad and garlic bread. 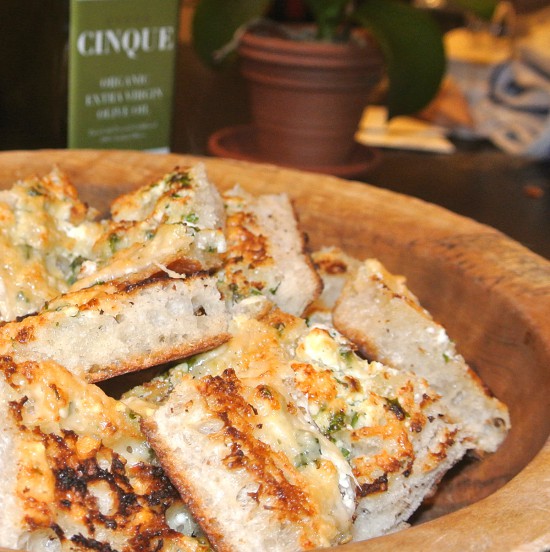 For the garlic bread:

Mix the butter and other ingredients in a bowl until smooth. Then, spread on both sides of the bread and close the baguette. Wrap the baguette in foil and place in a 350° F oven for 15 minutes. Drain the pasta and combine it with the sauce. Remove the bread from the oven. Open the foil but leave the baguette on it. Sprinkle Parmesan cheese on the opened halves and turn the oven up to broil. Place the 2 sides of cheesy baguette under the broiler and toast as you plate the pasta. Keep your nose in the air; you’ll know when the bread is ready.